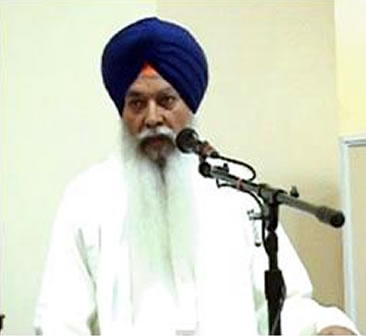 Fresno, California: A bloody attack on a 56-year-old Sikh preacher in the city of Fresno last week has rattled the local community, with members recalling the period after the 9/11 terrorist attacks, when Sikhs became the target of anti-Muslim sentiment for their turbans and beards.

“I saw hatred in the assailant’s eyes,” recalled S. Anup Singh, who was stabbed in the torso last Sunday while waiting for his boarding pass at the Yosemite International Airport. The attacker has been identified as Mitchell Dufur, a 26-year-old white male who at 5-foot-9-inches and 230 pounds towered over his victim.

Singh says no words were exchanged and that the attack was completely unprovoked. He later received medical attention from airport staff but refused to go to the hospital. Witnesses say his thick winter clothing likely saved his life.

Singh eventually boarded a plane for Los Angeles, from where he continued on to England.

“I urge all Sikhs while traveling to or out of the United States to be careful and alert as this incident has literally shocked all of us,” Singh said in an interview with United Sikhs, which works to enhance civic engagement among underrepresented communities.

Fresno resident Bakhtawar Singh, who drove Anup to the airport, witnessed the attack.

“This young man came forward and lunged at Bhai Saheb (Anup Singh), who donned an open flowing beard, and hit him with a knife just below the collar bone,” he said. “I don’t sport a full flowing beard and I think I was spared because I didn’t look like one of the images being flashed on Television screens today.”

Dufur quickly fled after the attack, but was caught by security personnel at the terminal.
He has been arrested on suspicion of assault with a deadly weapon and possession of a knife in an airport.

The Council on American Islamic Relations, along with the Sikh American Legal Defense and Education Fund, has called on the FBI and local police to investigate the attack as a possible hate crime.

Fresno police spokesperson Tom Rove says the police are trying to figure out what motivated the attack, but to the Sikh community it’s clear that it was the victim’s appearance.

Since 9-11, Sikhs in the U.S. have been the target of anti-Muslim sentiment because they wear turbans and have beards. In March this year, unknown gunmen shot and killed two elderly Sikh men, Surinder Singh, 65, and Gurmej Singh Atwal, 78, as they were walking in their neighborhood in Elk Grove near Sacramento.

United Sikhs is working with local law enforcement on that case.

“Clearly one can see as to why I was the prime target and no one else around me,” Anup Singh told United Sikhs. “It is primarily because of my appearance. Donning our Kakkars (Sikh articles of faith) is our birth right. It’s a shame that even today within the United States hatred and prejudice are still prevalent and their casualties are innocent people.”

Gagan Kaur of Union City, just outside San Francisco, says the attack is all the more shocking because it happened in Fresno, California, a community with a vibrant Sikh population. “I would have thought people here knew who Sikhs are, how they are involved in humanitarian causes all over the world and are always giving back to the community,” she said.