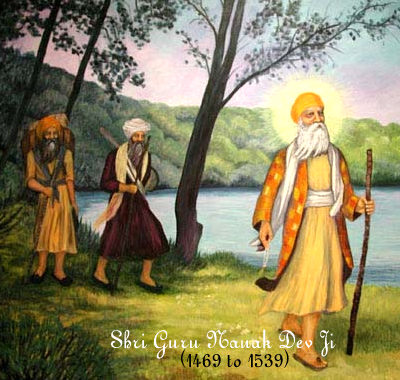 rrisa: The memory of Guru Nanak the founder of Sikh religion on the verge oblivion in Jajpur thanks to the gross negligence on the part of the authority.

“A well was dug in 1506 in Jajpur town to provide water to Guru Nanak and his disciples during the visit of Guru Nanak in 1506. Large numbers of people used the water of this well till few years back.

Many consider the water of the tank as holy like the water of the river Ganga. But now some influential persons in a clear nexus with officials are trying to damage the 500 year old well”, said Gurucharana Singh Gill the state Sikh Pratinidhi Board. “The ancient well is now covered with garbage. It is a matter of regret that some persons are trying to erase the memory of Guru Nanak by leveling the well. The altar (Gadi) of the Guru Nanak near Barahanath temple in village Baranath within Jajpur town where Nanak sat during his visit to Jajpur is now neglected. The altar should be preserved. . However, due to apathy of all concerned it could not be preserved in time. Though belated, the altar of Guru Nanak and the 500 year old well could still be restored in its original design. Many claimed that the residents of the town used to get water which had medicinal value”, said Dr Eakadashi Padhi a researcher of Jajpur.

Legend shows that Nanak arrived at Puri with his disciples reached Puri covering Cuttack, Jajpur , Bhadrak . These days, the general population of Jajpur do not know anything about Guru Nanaks visit to Jajpur on his way to Puri, and particularly about the historical places connected with Guru Nanaks name, added Dr Padhi. Sikhs have made some unsuccessful attempts to acquire those places for the purpose of building Gurudwaras, but due to political complications, the attempts have failed due to one reason or the other. Nearly twenty-five years ago, a team of scholars from Guru Nanak Dev University submitted an interesting report on the different places in Orissa including Jajpur associated with the memory of Guru Nanak. Guru Nanak along the historic pilgrimage route, running via Bhadrak, Jajpur, Cuttack and finally reaching Puri on June 1506 said Baladev Singh the president of Gurudwar Sabha of Jajpur.

“It may be mentioned here that two years back a group of Sikh scholars and some local Sikhs urged the district administration to preserve the altar (gadi) of Guru Nanak and to renovate the well .Last year some Sikhs were pained to see that the well and the altar of Guru Nanak could not be preserved”, said Dr Padhi.

“Five hundred years ago, two great luminaries appeared on the horizon of India, one on the east and the other in the west. They were Chaitanya and Nanak. Nanak was the founder of the Sikh religion. In 1506 Nanak visited Orissa . He lived for 71 years and within his life time he is believed to have spent 25 years in travelling all over India and other countries. Tradition says that after walking a long distance, he rested on the bank of river Mahanadi at ‘Kaliaboda’. Many people went to Nanak to pay their homage. This is a sacred place of the Sikhs. There is also clear evidence in Bhadrak District that Nanak came to Orissa. In Bhadrak there is a village called ‘Sangat’ which means mass prayer of Sikhs and Langar means community dining. In this village Nanak stayed and held mass prayer. There is a recorded plot here called ‘Nanak Diha’. Most probably Nanak stayed in this village and held his mass prayer., added Dr Padhi.

When contacted district cultural officer Bijaya Mohanty ” The authority will include the memory of Guru Nanak in the historical places of Jajpur and these places will be developed shortly”.

2011-12-27
SSNews
Previous: India may allow Sikhs to have their own marriage law
Next: Shaheedi Jor Mela concludes with religious ceremonies