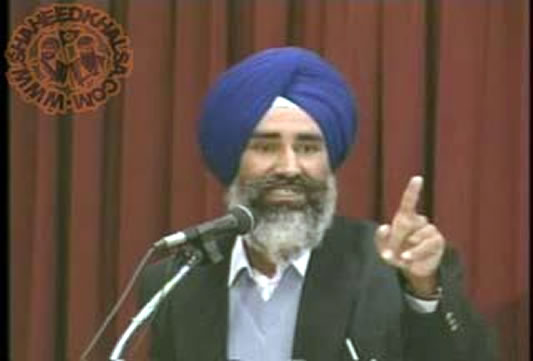 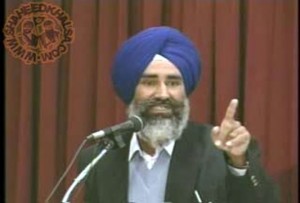 Amritsar, Punjab: Former bank employee Jaswant Singh Khalra was last seen washing his car outside his home in 1995 before he joined the ranks of the disappeared. He was involved in tracing the people who had disappeared in the wake of the anti-Sikh pogrom in Punjab after Indira Gandhi’s assassination.

Jaswant’s painstaking research led him to files from the municipal corporation of Amritsar which had information like the names, age and addresses of thousands of Sikhs who had been killed and illegally cremated by the Punjab Police. CBI investigations later revealed that Jaswant was held and tortured at a police station in Tarn Taran and subsequently four police officers were indicted for his kidnapping and murder.

Khalra’s is not an isolated story. Human rights activists have come under repeated attacks recently. Right to Information activists have been killed and many have had cases filed against them. Journalists have been jailed in criminal defamation cases, attacked, some of them killed and media houses have had their offices ransacked. Tribal activists, particularly in conflict areas, have been hounded by the police and many of them are in jail today.

A recent consultation in Delhi, co-hosted by the Human Rights Law Network, World Sikh Organisation and a few other organisations from across the globe, was organised in memory of Khalra. It focused on the situation of human rights defenders in India and provided an opportunity to listen to first-hand accounts of the alarming human rights situation in the country.

Rights activists like Parveena Ahangar, chairperson of the Association of Relatives of Disappeared Persons in Kashmir—a title she would any day happily exchange for her missing son and the nine-year-long anguish—were there. We heard from her about children under ten who were  taken into custody because they were “hardcore stone-pelters”.

Activists from Madurai and, nuns from Kerala protesting against human rights violations gave us their testimonies.

From the northeast, there was Rosemary of the Naga Mothers’ Association and Irom Sharmila’s brother Irom Sinhajeet, to remind us once again of the excesses of the AFSPA and one woman’s struggle against its immorality.

Also in attendance were adivasi activists from Chhattisgarh and Jharkhand like Dayamani Barla, who has been crusading against displacement and Kopa Kunjam, who was dubbed a Maoist supporter and jailed when he tried to encourage adivasis forcibly displaced by the Salwa Judum to return to their villages. We heard the testimony of the renowned Mallika Sarabhai, who disclosed that despite her family’s widespread connection with social institutions in Gujarat, she was ignored by the people on the streets once she came out in opposition to Narendra Modi’s regime.

Sanjeev Bhatt, the IPS officer who had taken on the apparatus of fascism in Gujarat, was there as were the lawyers from Maharashtra who recounted the kidnapping of Arun Ferreira by plainclothes policemen from the jail gate in Nagpur after he was acquitted in nine cases. It became clear in the course of these two days that attacks on human rights defenders were taking place across the country and that this has been going on for a long time.

Protecting the human rights defenders is the subject of international agreements and is not dependent solely on the bonafides of individual state actors. The proceedings of the meeting ended with the setting up of the Jaswant Singh Khalra Centre in Delhi aimed at coordination of countrywide efforts for the protection of human rights defenders.