The battle for Brampton 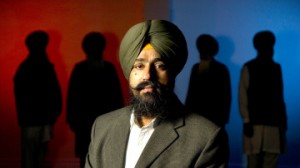 Brampton, Canada: In a Brampton living room last weekend, Sunny Gill helped seal the conversion of a young Sikh truck driver who claims he can move 300 votes from the Liberals to the Conservatives.

The truck driver was just the latest domino to fall favourably for Mr. Gill, the local Conservative South Asian outreach co-ordinator. It was a satisfying moment.

“When you come here, any immigrant thinks the Liberals are demi-gods. But when you establish yourself, you look at their policies,” said Mr. Gill.

“If we’re able to split the ethnic vote, we’re going to slaughter the Liberals.”

It wasn’t long ago that voting Conservative was considered a cardinal sin in some ethnic communities. But polls now show that immigrants, the unshakeable bedrock of Liberal support, are forsaking Pierre Trudeau’s party – the party of multiculturalism, of expanded immigration, of the Charter – for Stephen Harper.

A profound political shift is taking hold, one that could give the Conservatives a crucial foothold in the Greater Toronto Area.

Significantly, Brampton offers a window on Canada’s future. Sikhs settled here from the late 1960s, finding work in the transport industries. About one in five Brampton residents is Sikh, as are three of the four MPs: Liberals Ruby Dhalla, Nav Bains and Gurbax Malhi.

The city is growing so rapidly, thanks to immigration, that new subdivisions seem to pop up overnight. The landscape is cluttered with snaking crescents of Kwikbilt, pink-roofed houses. Nearly 60 per cent of the 430,000 residents belong to a visible minority, and about half are born outside Canada. The arrivals come mainly from South Asia, and, unlike earlier waves, they’re moving directly to the suburbs and exurbs, once considered hotbeds of conservatism.

This is the tempting, frosted edge of the increasingly ethnic, Liberal-voting doughnut-ring of ridings that surround Canada’s biggest cities. If the Conservatives can move even 10 per cent of the immigrant vote it could put them in striking distance of a majority.

An Ekos poll last week showed the Conservatives, for the first time, leading among voters born outside Canada.

Even senior Liberals confirm the game has changed. For a combination of reasons, from demographic shifts to the party’s inattention and perceived arrogance, they can no longer count on the blanket support of immigrant communities.

“Our party, quite frankly, has been taking them for granted for quite some time,” said one senior Ontario Liberal. “We’re seeing very effective penetration by the Conservatives, especially at the federal level.”

At the Sikh Sangat Gurdwara, one of the half-dozen temples in the area, the Punjabi newspaper boxes are lined up 10 across. Political interest is phenomenally high, and it extends beyond the news pages. Sikhs delivered dozens of delegates to Jean Chrétien in his 1990 leadership bid, and to Stéphane Dion via Gerard Kennedy in the last leadership campaign. Need a room filled with 500 supporters? Sikhs can do it. Need to raise $100,000 in a day? Sikhs have done it.

As one Indo-Canadian Liberal put it, “The Sikh organizations are by far one of the most impressive political muscle tools in Canada. That’s their calling card.”

Harvinder Singh Dhaliwal, the temple’s secretary, said that, by and large, most of the 10,000 or so local Sikhs served by his Gurdwara consider themselves Liberals. But that’s beginning to change. He says many Sikhs feel taken for granted, treated as though they were in the Liberals’ pockets. As he speaks, a few of the dozen other men sitting in his office nod agreement.

“The last three or four years there’s been a growing willingness to support the Conservatives,” he said. “The Conservatives are bending over backwards to accommodate us.”

Same-sex marriage was the first wedge in the relationship. It was difficult for many Sikhs to accept because their religion forbids it, Mr. Dhaliwal said. He’s also strongly opposed to Ruby Dhalla, the MP for Brampton-Springdale.

First, he said, she parachuted into the riding without having to win a nomination in 2004. The riding executive endorsed the NDP in retaliation. Second, she voted in favour of same-sex marriage. Third, she recently attended an event sponsored by a tiny, and, in his view, heretical Sikh sect.

Although he still considers himself a Liberal, Mr. Dhaliwal will campaign for Ms. Dhalla’s Tory opponent, even if that risks a Harper majority.

“If I’m a true Liberal, I want to get rid of Ruby Dhalla,” he said.

Ms. Dhalla is a lightning rod for criticism, particularly in the wake of allegations, which she denies, that her family mistreated live-in caregivers.

“The people are sick and tired of the smear campaign that’s been going on and the dirty politics that’s being played,” Ms. Dhalla said. She points out she’s already won two campaigns since voting for same-sex marriage, and says her focus now is on representing her constituents.

Over the last three months, she said, she’s attended at least 16 community events every weekend. She has also championed a private members bill to allow foreign-born seniors to collect old-age security, which her party won’t support.

Adding to Liberal woes is a surprisingly effective campaign, led by Citizenship Minister Jason Kenney, to win over visible-minority communities.

When he embarked on his quest three years ago it seemed an impossible task. Slowly but surely, though, he has made inroads.

“They’ve been extremely effective, whether at wedge issues or small-‘p’ politics – giving a citizenship award, using a combination of largesse and honours to peel off small groups one after another. Kenney is the master at this,” said a senior Liberal.

Just pay attention to Mr. Kenney’s calendar, he adds. He seems to be around Vancouver or the GTA every week (Ms. Dhalla jokes he’s in Brampton so often, he must be buying a house). Both he and Mr. Harper are mindful of the ethnic media, and they buy plenty of advertising in their pages. The Tories believe that many of the largest immigrant groups, because of their cultural attitudes and religious beliefs, may be more inclined to support their cause. Bhupinder Sidhu, a 39-year-old Tory convert, agrees.

“The only reason we were Liberal in the first place is because of immigration. Socially, we are conservative,” he said.

Jagdeep Kailey, a columnist with the Punjabi Post, said the Conservatives have identified a few key leaders who can carry their message among Indo-Canadians. He said there is also a tiny but vocal minority in the community still upset with Bob Rae for his report on the 1985 Air India bombing.

“With the Liberals as such, there is a feeling that they have not stood by the Sikhs. There is also a feeling among Sikhs that, with other groups coming to Canada from India, they are not as pampered by the party as they were in the past,” Mr. Kailey said.

Brampton residents are bombarded by Conservative MPs using their Parliamentary mail to spread the Conservative message. But in South Asian politics, Mr. Kailey explains, it’s usually a word from a trusted friend or relative that proves persuasive.

Ranjit Grewal, a 57-year-old warehouse worker, is one of the new Conservative ambassadors. He recently switched parties because the Conservatives, unlike the Liberals, want to listen to his views, he said.

“They’re calling me to give [them] some advice. [Conservative candidate] Kyle Seeback is calling me at home,” he said. “People are like flowers in the garden. If you want them to have a nice smell, you have to listen to them.”

Mr. Grewal works in concert with Mr. Gill in Brampton West. They employ a strategy lifted from Barack Obama’s presidential campaign, Mr. Gill said. They identify opinion leaders, then take time to cultivate a relationship. Then they ask for their support.

Mr. Graves said the Conservative approach is also reminiscent of the Karl Rove strategy of the Bush years – identifying key constituencies and targeting them with a tailored message and policies.

Earlier this year, the Prime Minister apologized for the 1914 Komagata Maru incident, when a ship carrying 340 Sikhs was turned away at the Port of Vancouver. Some Sikhs were unhappy the apology took place outside the House of Commons, but it still resonated in the community.

“The Liberals for 40 years have been talking and talking, and guess what? Stephen Harper goes and apologizes for it and wins praise from the community,” said Gary Singh, a long-time Liberal.

Mr. Singh said the Liberal Party must come to terms with a fundamental demographic shift. Once, there were power brokers in immigrant communities who could claim to control thousands of votes, but not any more, he said. Around the dinner table, Canadian-born children are questioning their parents’ allegiance to the Liberal Party, he added.

“We’re at the crossroads of our politics, believe me,” Mr. Singh said. “As long as they’re blind and indifferent to the fact that minorities are the majority, they’ll pay a price. The new reality is that there’s a demographic paradigm shift. The party that recognizes that and includes them, makes them genuine political partners, will reap the benefits.”