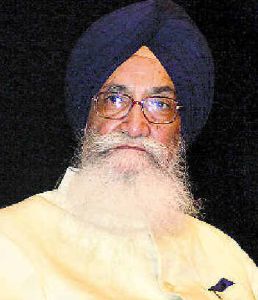 Surjit Kaur Barnala, wife of Surjit Singh Barnala, said she would also ask Barnala Sahib to quit as Governor of Tamil Nadu to honour sentiments of the workers.

Akali supporters of Barnala family today attended the gathering but former Dhuri MLA and expelled SAD leader Gaganjit Singh Barnala (son of Barnala) was absent at the workers’ gathering, convened by his mother at the house of Barnala family here in connection with the revival of the SAD (Longowal). On the bsence of Gaganjit from the gathering, Bibi Barnala said he was out of station and would come by August 3 or 4 .

Two resolutions were also adopted by the gathering. Through first resolution, it demanded girdawari to assess the damage to crops due to recent rain for providing compensation to the farmers while by another resolution Surjit Kaur Barnala was urged to head the SAD (Longowal).

Bibi Barnala said in the SAD (Longowal), women wing, youth wing, farmers ‘ wing etc would be constituted. She also said the SAD (Longowal) would make efforts to get the SGPC freed from the control of Parkash Singh Badal. She also announced formal announcement, regarding the SAD (Longowal, would be made on August 20 on the death anniversary of Sant Harchand Singh Longowal at Longowal.

Former Punjab Minister Baldev Singh Mann said Parkash Singh Badal had done “injustice” to the followers of Sant Longowal, like him. He said they would never compromise with Badal. He also said the SAD (Longowal) would contest SGPC elections.