Punjabis will always be Punjabi’s, whether they are Sikh or Muslim 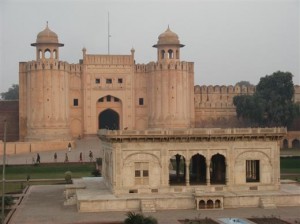 Lahore, Pakistan: There is a curious liking for Sikhs in Lahore. The moment locals see a Sikh, they warmly greet him “satsrikaal sardarji” and go out of the way to enquire about his health. Shopkeepers even feel embarrassed taking money from Sikh customers.

In a city where there are just seven Sikh families, they stand out with their turbans and flowing beard. “It’s their exotic look that perhaps attracts people here,” says Zaheer Hussain, a research scholar. Hussain feels Sikhs also have a lot in common with local Muslims. There are more than a dozen sub-castes that the Sikhs share with the people here. “For instance, if you have Sidhus, Randhawas, Virks and Bhattis among the Sikhs, you have them among the Muslims as well. As a result, locals feel an immediate affinity,” Hussain says.

Amritsar and Lahore were known as the twin cities before the Partition. If Lahore was the cultural capital of pre-Partition Punjab, Amritsar was its business capital.

Ashraf Ali, a businessman, however, feels Sikhs are liked here for a historic reason. “We feel that in India both the Sikhs and the Muslims were not being treated fairly. So, we tend to identify ourselves with them and give them love and affection when they come here,” he says.

Many equated the 1984 Operation Bluestar with the demolition of Babri mosque in 1992. They feel persecution by the Hindus binds Muslims and Sikhs.

Meanwhile, the Pakistan Evacuee Trust Board announced that more than 25,000 acres of land had been acquired in Nankana Sahib for the proposed Guru Nanak Dev International University. Asam Hashmee, chairman of the board, said a governing body had been constituted to spearhead the project.