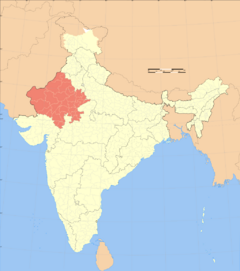 Amritsar, Punjab: Close on the heels of the proposal of forming a separate committee for gurdwaras in Haryana, Sikhs in Rajasthan have threatened to intensify their demand for a separate Gurdwara Prabandhak Committee which would attend to the concerns of Sikhs in Rajasthan.

A meet was organised on Wednesday by the five high priests to discuss issues like Haryana Committee, Dera Sachcha Sauda, and complaints regarding the concern of Sikhs in Rajasthan.

A delegation of Sikhs from Rajasthan on Wednesday gave a memorandum to the Jathedar of Akal Takht. Later, it interacted with the media outside the secretariat of Akal Takht.

Voicing the demands for a separate Haryana Committee, Tejinder Singh Timma, General Secretary of the managing committee, Gurdwara Shaheed Baba Deep Singh of Sriganganagar, said: ” SGPC is not granting any facilities to the Sikhs living in Haryana whereas the Haryana Government has been felicitating the Sikhs of Haryana.”

“However, it could be to woo them for votes,” he added.

Timma pointed out that a member was nominated from amongst the Sikhs from Rajasthan to the SGPC without taking the Sikh Sangat (community) of Rajasthan into confidence.

Moreover, he lamented that the SGPC never took note of the interests of thousands of Sikhs settled in Sriganganagar and other districts of Rajasthan.

“If they continued to do so we will be left with no option but to form our own Gurdwara management committee,” Timma said adding that that Avtar Singh Makkar, the President of SGPC, has initiated a few programs to be organized in Rajasthan after several years.

In a separate news conference, Giani Gurbachan Singh, Jathedar of Akal Takht, on Wednesday stated that the five high priests had condemned the move to set up a separate Gurdwara management body in Haryana.

He alleged that the proposal to establish a separate committee was a ploy to divide the Sikh community.

The Sikh clerics also indicated on continuing their efforts for dissolution of the proposed Haryana Sikh Gurdwara Parbandhak Committee (HSGPC), in case it was formed at the behest of Haryana’s Congress Government.

Gurbachan Singh said that if there was any resentment amongst the Sikhs of Haryana it could be solved through dialogue and it was an internal matter of Sikhs.

Gurbachan, however, assured the Sikhs from Rajasthan that their all concerns will be conveyed to the SGPC, the premier body of Sikhs who is also responsible for the take care of the historical gurdwaras of Rajasthan.