Martyr’s descendant to trace kin of other Sikh war veterans 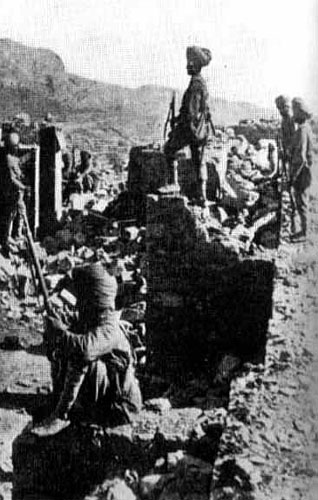 Amritsar, Punjab: A Professor in a US university, Rajinder Singh Ranu, also a descendant of a martyr of the famous Saragarhi battle, has set out on a mission to trace the kins of other 20 martyrs of the historic battle. He has instituted a permanent Saragarhi Shahidan Scholarship fund at Khalsa College and sought contributions from Punjabis for perpetuating the memories of the brave hearts who made the land and its people proud. His maternal grandfather, Nand Singh, a sepoy in the British Indian Army, was one of the martyrs out of the 21 who had sacrificed their lives in the line of duty. All of them belonged to the 36th Sikh Regiment, currently the 4th Sikh Regiment. They were awarded the Indian Order of Merit Class III (posthumously), considered equivalent to the present day Vir Chakra.

Ranu, a Professor of Plant Pathology and Cell and Molecular Biology in Colorado State University, said he had contacted the district administration, Ferozepur, where a memorial in the memory of the gallant 21 soldiers was erected by the then Maharaja of Faridkot, for identifying the names of their villages. Besides, he was trying to explore archives and books written on the battle to search for the names of villages of these soldiers. He also made an appeal to the descendants of these soldiers to register their names and addresses with Khalsa College here.

Born and brought up at Jallan village in Sangrur district, Professor Ranu went on to acquire a PhD degree from the University of Pennsylvania, Philadelphia. He said the Saragarhi Shahidan Scholarship fund would finance the studies of deserving descendants of all soldiers. In case of absence of descendants or deserving candidates in the families, the scholarship would go to deserving candidates of their villages.