LVIA to boot restaurant owners because they look like Arabs 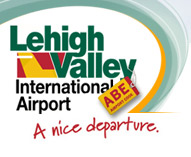 PA, USA: The Sikh owners of two Subway restaurants at Lehigh Valley International Airport say they are being evicted because worried passengers confuse them with Muslims, according to a federal lawsuit.

Suhirdbir Bhasin, Raminder Bhasin and Ishmeet Bhasin say that since taking over the restaurants in 2007 they’ve been subjected to ”racial, ethnic, and religious discrimination” from LVIA management.

The men, who are Sikhs, have long beards and wear turbans, which makes ”passengers and visitors ‘nervous’ or ‘concerned,”’ according to the suit, which alleges civil rights violations and breach of contract.

”Our position is they don’t want people with turbans,” said George S. Kounoupis, the Bethlehem attorney representing the three men. ”To a lot of people, they look like Arabs, but they’re not.”

George F. Doughty, executive director of the Lehigh-Northampton Airport Authority, which runs LVIA, is a defendant in the lawsuit and said the matter has to do with an ongoing airport renovation project, not ”turbans or racial issues.”

”They have a lease and it’s expired and we are in the process of renovating the building and it includes part of their space,” Doughty said.

”We have a declining level of [passenger] traffic at the moment,” he said, ”and because the space is being included in the renovation, we haven’t made determinations going forward what we’re doing with their franchise or that contract.”

Doughty said the Bhasins, a father, his brother and his son, could be offered a ”short-term” extension and the opportunity to bid on a new lease. But Kounoupis said his clients were already told by Larry Krauter, the authority’s deputy executive director and a defendant, that they would not be returning.

”We’re told we’re out. No discussion. Can’t even bid on it,” Kounoupis said. ”We’re not going to let that happen.”

The Bhasins are seeking monetary damages and want a federal judge to prevent the airport from closing their Subway establishments.

According to the suit, filed Monday in U.S. District Court, the Bhasins paid $250,000 for the franchises in 2007 and financed the purchase, in part, with a $127,000 loan from the Pennsylvania Minority Business Development Authority.

After they began operating the two restaurants and made their initial appearances, the suit says, the problems began.

The defendants showed ”surprise, discomfort and displeasure” at their turbans, the suit says, and ”implemented and formalized” a plan to ”harass and oust the plaintiffs and destroy their business.”

Another restaurant, LA Cafe, had its lease renewed and will be moved within the airport.

Doughty said LA Cafe has three years remaining on a five-year lease, and its lease will be put up for bid when it expires.

Source: By Matt Birkbeck |  OF THE MORNING CALL