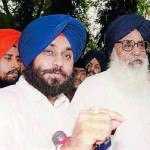 Chandigarh, Punjab: The Parkash Singh Badal-led SAD-BJP government has completed half of its five-year tenure. Badal and his cabinet ministers took oath on March 2, 2007, 30 months ago at a cricket stadium in Mohali. However, there is no word from the government on initiating any exercise to take stock of its performance or non-performance during the period.

A look at the performance of the government reveals it has failed to make any difference to the dipping fortunes of Punjab. Since its taking over the reins of the government, the SAD-BJP leadership, especially Sukhbir Badal, has only been talking big. Badal Junior has been talking about expressways, metros, airports etc, forgetting in the process to address the basic concerns of people like bringing about drastic improvement in the functioning of schools, colleges and universities, health services and water supply etc. Though being signs of development, expressways and airports cater to hardly 5 per cent of the people.

Actually, the state has gone down further on various fronts. Its economy is in a shambles. Its educational institutions are in a bad shape. Its health services have become almost non-existent in the countryside. Its urban life, marred by shabby sanitary conditions, traffic hazards and poor infrastructure, has become more chaotic and lousy.

For the past about two decades, procrastination, half measures, expediencies at the political level have pushed Punjab down from a No. 1 state to the last one among main states in the country. Punjab’s rural and urban economy sustain on agriculture that is known as an economy of medieval period in the developed world. In developed countries only 5 to 10 per cent people do agriculture, while others work in factories, service sector and other new modes of economy. There is no effort to give new direction to the agriculture sector. Unfortunately, the Badal government is promoting paddy in the state at a huge cost to its environment, land and water resources, its industrial sector and over-all well-being of the state.

The time has come to link Punjab’s agriculture sector to the requirements of the middle-class that has the paying capacity and needs fresh vegetables, organic foodgrains, quality milk and milk products, etc.

It goes to the credit of Sukhbir that he has made power a major issue in the state.

At the political level, Punjab has witnessed a lot in 30 months. It has seen the emergence of Badal Jr to the centre-stage politics and becoming a most powerful politician. His elevation to the post of Chief Minister appears to be not very far. But Badal has not become irrelevant as yet. With his passion for politics, he has maintained his unmatched persona of people’s politician. In fact, he is far ahead of Sukhbir as far as acceptability among people is concerned.

Love-hate relationship between the SAD and the BJP, coalition partner in the state government, has also remained in the limelight. The state has been rocked more than once by politico-religious strife. However, there is an improvement in the overall political atmosphere, as the level of crudity among politicians with regard to taking on their opponents has gone down a bit. But what has saved the SAD-BJP government is severe divisions in the Congress. Had there been no division in Congress ranks, certainly the SAD-BJP would have faced a tough time. 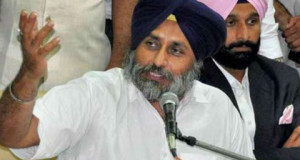