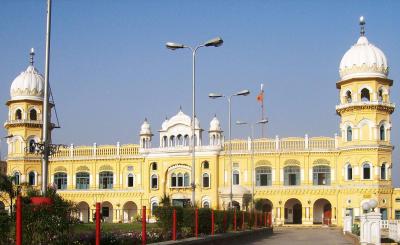 Nankana Sahib, Pakistan: Efforts of Sikhs from all over the world have yielded a positive outcome with decks being cleared for the establishment of proposed world-class Baba Guru Nanak International University at Nankana Sahib in Pakistan. The government of that country has formed a governing body for the supervision and management of the project.

The university is being set up at the birth place of Guru Nanak Dev to perpetuate his memory and impart education about Sikhism, Sikh rituals and Sikh culture not only to Pakistan-based Sikh students, but also to Sikh students from rest of the world. The project is likely to be inaugurated in November, said USA-based Dr Pritpal Singh, who has been made a member of the governing board.

The demand for the university had gained momentum in 2006-07 when a number of Sikh leaders from across the world met then Pakistan Prime Minister Shaukat Aziz and prevailed upon him to initiate the project. SGPC chief Avtar Singh is said to have pleaded for setting up the university at that time.

Though the Evacuee Trust Property Board of Pakistan has nominated the president of the Pakistan Sikh Gurdwara Parbandhak Committee (PSGPC) as member of the government body, the name of Avtar Singh has not found its way into the list.