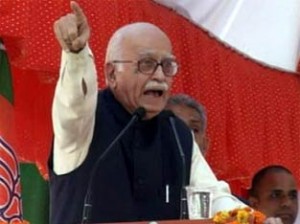 An encouraging “Break Through” has materialized when Pakistani and Indian Prime Ministers signed a joint statement and showed their determination for normalization of relations between two regional nuclear powers. According the media Dr. Manmohan Singh and Minister of Pakistan Syed Yusuf Raza Gilani met in Sharm El Sheikh on July 16, 2009 and had a cordial and constructive meeting. They considered the entire gamut of bilateral relations with a view to charting the way forward in India – Pakistan relations. Both the leaders agreed that terrorism is the main threat to both countries. They affirmed to fight terrorism and to cooperate with each other in future. But somehow Indian prime minister took a daring step in removing the clouds while agreeing on the resumption of negotiations between two neighbours. But unfortunately the statement has not been greeted in Hindu Extremists. Most of the Hindu parliamentarian and even cabinet members are not ready to honour their prime minister wordings at Sharm El Sheikh.

Pakistan has displayed very positive role in energizing the relations while providing the dozier on Mumbai Drama to Indian Authorities. In this regard, the Acting High Commissioner of India in Islamabad was called to the foreign office July 11, 2009 by Director General (South Asia) and a dossier pertaining to the probe on Mumbai terrorist attacks was handed over to him. Separately, India has been asked to provide further evidence required for legal and judicial process. It is further added here that Pakistan prime minister has also asked his counter part to stop storming terrorism on Pakistan territory. The proofs of involvement of India in ongoing insurgency in FATA and Balochistan have also been handed over to India.

International and Pakistani government got surprised once a debate started over Dr. Manmohan Sing acknowledgment of resolving all top limner issues including Kashmir and Balochistan. To an extent, on July 24, 2009 Pakistan foreign office took serious notice of the remarks of Indian Junior External Affairs Minister Shashi Tharoor regarding denying of accepting joint statement issued after the meeting between the prime ministers of two countries in Sharm El-Sheikh. The Foreign Office spokesman Abdul Basit while commenting on Tharoor’s remarks about Pakistan, as reported in Indian media said “The insinuations made by Mr. Tharoor were unwarranted and inconsistent with diplomatic norms.” The spokesman added that both sides should refrain from remarks that detract from the progress made in Sharm El-Sheikh.

Pakistani authorities also confirmed that Indian establishment has been handed over proofs of New Delhi Involvement in creating instability in Pakistan with special reference to Balochistan. However, India has denied receiving any type of dossier. The negation of media news with regards to Balochistan affair very clearly shows that India as routine practice keep on changing her stance on international issues and always disregarded international agreements. In this connection, examples of ignoring water pacts, UNO resolutions over Kashmir Issue, territorial disputes and disrespecting rights of her neighbouring countries are well known globally.

Anyhow, the current ruffling up on diplomatic and political front in India reflect, (1) the strong hold of extremist’s Hindu lobby on national affairs, (2) dominance of deadly anti Pakistan elements in Indian establishment those never like any normalization of relations between two traditional rivals, (3) extremists Hindu are after Sikh prime minister, (4) Supremacy of radical and fanatics politicians in India, (5) differences between Sikh Prime Minister Dr. Manmohan Sing and other Hindus political comrades of same party,(6) true face of secular India,(7) promotion of Hindu Terrorism,(8) desire of regional supremacy and last but not the least, overruling international laws and diplomatic norms.

Mrs., Hilary Clinton during her recent visit asked Indian leaderships to resolve burning issue with Pakistan bilaterally. US probably herself dose not wants to pressurize her so called strategic partner. In short, she is playing a double game with of destablisation of Pakistan in order to fulfill the sinister designs. Notably, on March 22, 2009, David Kilcullen, a top adviser to the US Gen. David H. Petraeus disclosed during his interview to the Washington Post, “The Pakistani state could collapse within six months.” Intermittently, some US high officials and think ants have also predicted instability or lawlessness in Pakistan in one or the other way.

There is similarity in anti-Pakistan designs, being acted upon by our enemies, if we witness the ongoing phenomenon of sabotage in our country in wake of various developments. In this context, an article, published in the “Indian Defence Review,” Jan-Mar 2009 under the caption: Stable Pakistan not in India’s Interest, suggested the disintegration of Pakistan as it could better serve Indian interest in the region. In this respect, while opposing the two nation theory and creation of Pakistan, it elaborated: “The ugly separatist face of the agitation in the Valley (Kashmir) today is the consequence of the dereliction of the fundamental duty by the Indian Union.” In this connection, the article encouraged Hindu religious forces at the cost of secular character of India.

Indian Defence Review further pointed out: “With Pakistan on the brink of collapse, it is matter of time before it ceases to exist…multiple benefits will accrue to India…Balochistan will achieve independence. For New Delhi, this opens a window of opportunity to ensure that the Gwadar port does not fall into the hands of the Chinese. Afghanistan will gain fair amount of stability. India’s access to Central Asian energy routes will open up. Sindh and most of the non-Punjabi areas of Pakistan will be our new friends.”

Indian anti-Pakistan plan has also been endorsed by a 72-page white paper handed over to its Prime Minister Manmohan Singh in the aftermath of Mumbai carnage. The paper, titled, War on Terror: The Agenda for Action, advised New Delhi to “exploit the divisions within Pakistan and expose its weaknesses in Balochistan, FATA and Azad Kashmir,” including building of pressure on Islamabad especially by the US.

RAW through RAAM is supplying arms and ammunition to insurgents for operating against Afghanistan and Pakistan. RAW and military troops of India are well-entrenched against Pakistan. The nucleolus of Indian intelligence agency is completely occupied by fanatic Hindus. They even don’t care about government policies. Supporting LTTE, Bangladesh mutiny, disrespecting Sikh prime minister’s verdict, crushing Sikhs, Christians, and Muslims and taking very weak stance over insult of former president APJ Abdul Kalama by the Continental Airline officials at Delhi airport are an eye opener to the world community and commissions of human rights.

In fact India is having dual face. Her extremist’s elements present in masses, politicians, high ups, intelligence agencies and military do not have any desire to normalize the relations with Pakistan. They started condemning Manmohan Sing’s soft statement of July 16, 2009. They declared their prime minister as weak personality. The criticism on a Sikh prime minister and removal of former president shoes on the airport, raping of Kashmiries, Sikhs and moist women, brutality against Muslims, Christians and Tamils are sufficient enough to reflect the true picture of Indian secularism. Thus, Indian Junior External Affairs Minister Shashi Tharoor remarks regarding joint statement of prime ministers of two countries in Sharm El-Sheikh would be taken as against diplomatic norms and degrading of Indian Sikh prime minister by the Extremist Hindu.

Returning to our earlier discussion, both Prime Ministers recognized that dialogue is the only way forward. Action on terrorism should not be linked to the Composite Dialogue process and these should not be bracketed. Prime Minister Singh said that India was ready to discuss all issues with Pakistan, including all outstanding issues. But at the same time his subordinates are showing reluctance to implement the policies of a Sikh Prime Minister. Indian community has to bring change in their attitudes towards the minorities and should work for the peace .They have to disregard and remove racial discrimination from the society and respect their leaders irrespective of cast and religion. Dr. Minmohan Sing should remember that Napoleon said,’ the world suffers a lot not because of the violence of bad people, but because of the silence of good people’’.