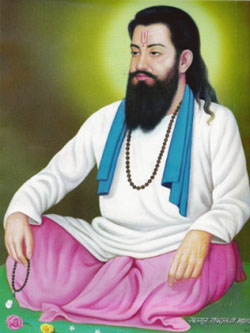 Jalandhar, Punjab: Strained ties between Sikhs and the Ravidasia community, following murder of Sant Rama Nand in Vienna got accentuated with alleged removal of Guru Granth Sahib ji Birs by certain Dalits from gurdwaras named after Guru Ravidas in the Doaba region.

The Doaba region which witnessed widespread violence after the death of Sant Rama Nand has the largest population (about 45 per cent) of Dalits in Punjab.

Akal Takht Jathedar Giani Gurbachan Singh has asserted the Sikhs would not allow any such development to take place. “The leaders of a faction of Ravidasias are coming to meet and discuss the matter tomorrow. We are not going to allow any such deviation to take place. Minor differences can be sorted out through dialogue. Both communities have old ties, which should remain intact. Not only this, we are also going to call leaders of Udasi and Nirmala sects to iron out differences or misunderstandings, if any,” said Giani Gurbachan Singh. He, however, said he was not aware about the alleged removal of Birs from gurdwaras of Guru Ravidas.

“Ravidasias are anguished over what had happened in Vienna and afterwards. A section of them have even removed Birs from 100 gurdwaras named after Guru Ravidas in Hoshiarpur, Jalandhar and Nawanshahr districts in Doaba. While certain Dalits are supporting the move, we are not in favour of this as it is a matter of religious faith and understanding between the two communities. It is only for this feeling we have sought time from Akal Takht Jathedar for discussion on the issue. We are all for peace in Punjab,” said Gian Chand, a leader of Ravidasias and head of the Samaj Bachao Morcha, adding he had a list of gurdwaras from where Birs have been removed.

“We will give this list to the Jathedar. Our delegation is meet the Jathedar at Akal Takht at 4 pm on Friday. Besides, we are also holding discussions with 10 religious leaders of the Dalit community on the issue,” said Gian Chand.

He also confirmed a large number of Ravidasia families had started adhering to the recitation of just 40 shalokas of Guru Ravidas in place of the recitation of the paath of Guru Granth Sahib. “In fact, Ravidasias are too hurt over the Sant Rama Nand’s killing,” he added.

“We are also going to probe the removal of Birs from Guru Ravidas gurdwaras in Doaba,” he said.

Previous: Gurbani, film music should not be mixed
Next: Bittu supporters block traffic